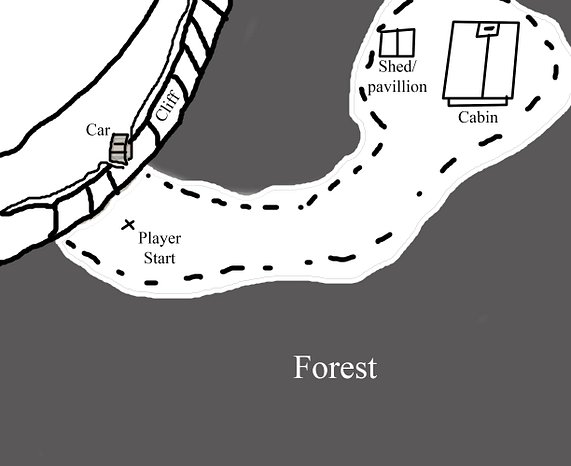 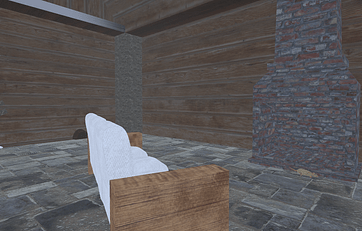 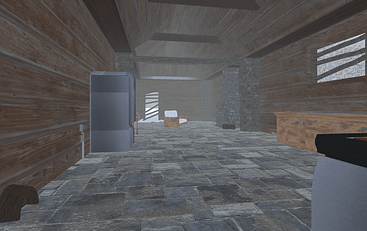 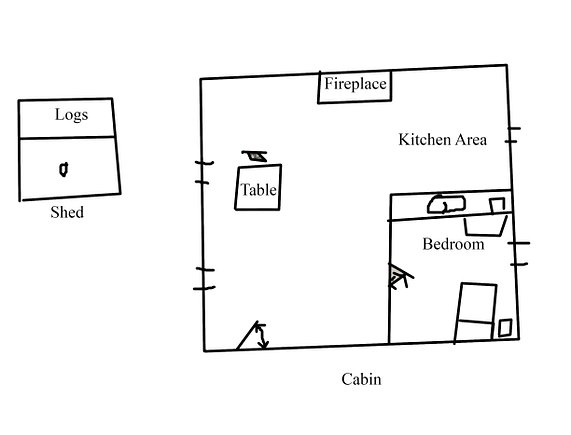 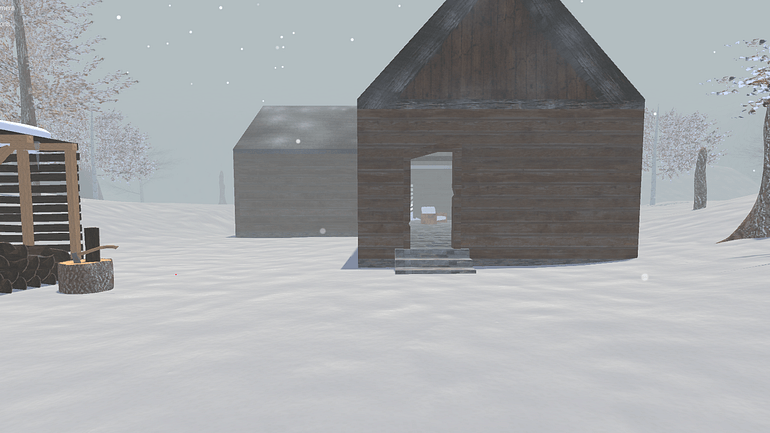 The first person view of the interior of the cabin

The paper maps of the overall scene and cabin

A virtual reality survival game in which the player has just survived a car crash and must make it into a deserted cabin in the woods in order to survive the coming winter weather. The player must split wood to keep a fire going in the fireplace of the cabin in order to stay warm.

Snowed in a Cabin, in Maine (VR)

Level Designer: Responsible for the conception, layout, and construction of the of the Cabin and surrounding area.

Producer: Responsible for keeping an accurate track what needed to be done, who was doing what, and holding everyone to the schedule.